'I've Been Told I'm Too Serious During Meetings. Should I Change My Style?'

Ultimate Escape Game started the way many escape room companies start: As a way for investors to turn a profit. However, things have drastically changed over the last few years for this emerging industry leader. In 2015, the idea for UEG Atlanta was brought to a local investor by a group from Ukraine. Eastern Europe is arguably the home of the live-action escape game, and they have been dominating the entertainment industry in cities like Kiev for years. However, the idea was still brand new in the United States. Before UEG, Atlanta had only seen one other facility open in the area, and locals still weren’t quite sure what to make of it. You mean, I pay you to lock me into a room for one hour? Yep!

Let’s stop a moment for those who may not be aware of what an escape game is. The concept started as a kind of Sherlock Holmes video game. Players start inside of a themed room, and in order to advance, they must solve a series of puzzles using logic, teamwork, discovery skills, and sometimes, just dumb luck. The more this caught on digitally, the more innovators (Some think Ukraine, some Japan. Who can say!?) began to wonder what would happen if they created a live-action game within the same parameters. Thus, the birth of the popular live-action escape game that has become the go-to for a night out with friends and family. 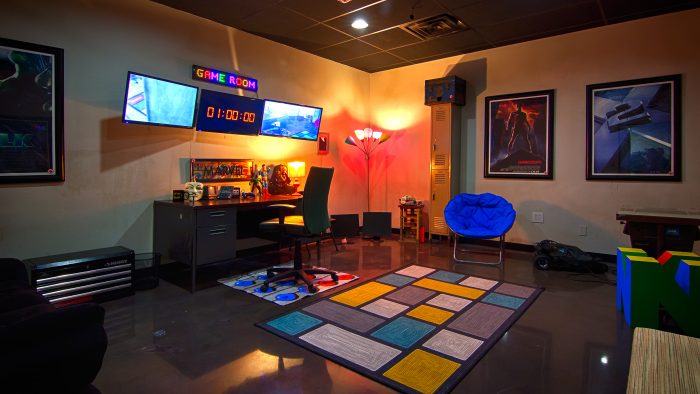 Currently, it is industry standard to lock a team of hopeful escapers into a room that is themed around a storyline. They have one hour to escape or they face a fictitious impending doom along with the shame of not thinking fast enough to get out. Typical escape rooms are housed in old office buildings with a few props, a few decorations, and a few puzzles. Ultimate Escape Game started out as a typical escape game company. However, over the span of a few short years, they have become so much more.

Once the dust cleared, the ribbon was cut, and UEG Atlanta was operational, a few things became clear: 1. People love escape games. 2. There is a lot of money to be made in the industry. 3. UEG could be better. Some things were running great. However, many of the ideas from the Ukrainian consultants were lost in translation. Literally. The computer codes in the Hackers game were written in Russian and Ukrainian, and the same could be said for the timer in every room that told players how much time they had remaining. The clues weren’t working, and the aesthetics were lacking. It was clear that to create a truly sustainable model, UEG needed some TLC. The focus had previously been on the bottom line instead of a genuine love for the industry. That is when Ultimate Escape Game’s true visionary, Steve Rudd, took over. Rudd knew it was imperative to assemble a team of creatives and operations managers who were truly passionate about the industry, and that is exactly what he did. 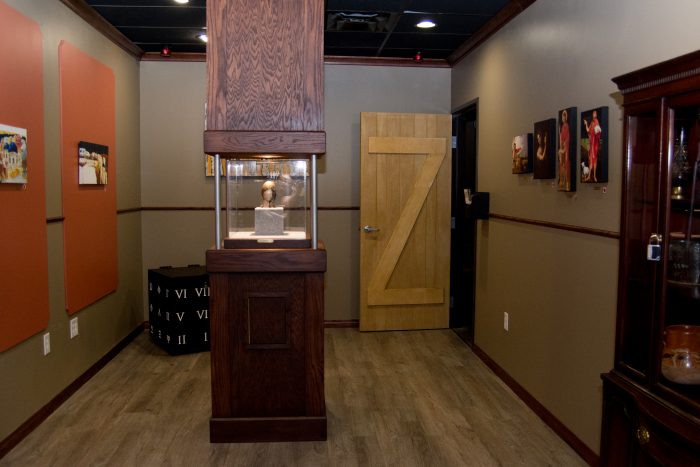 First, Rudd knew understood that for the UEG games to stand out from the rest of the industry, they must feel truly immersive and be able to withstand the repeated play of thousands of customers per month. For this job, he hired scenic extraordinaire, Paul Gant of Paul Gant Art and Design. Paul and his team were able to transform the rooms to make players feel as if they were stepping inside an action/adventure film. With construction, scenic, lighting, and special effects design credits in Hollywood blockbusters, national museums, professional stage design, and Billy Joel tours, Paul’s team has not only raised the bar for aesthetics, but they have also been able to create rooms that can withstand the abuse of a less-than-sober bachelor party on Saturday nights. Their work has truly been excellent. They not only made the existing games look great, but they soon added two games that are still industry leaders for what a live-action escape adventure can be complete with stunning aesthetics and full automation.

The games were ready to go, but one of UEG’s core beliefs is that the brand is comprised of the people who are working for the company. It was essential to hire a family of employees who could work well together as a team and give guests five-star experiences. In Atlanta, the management team of Kareem Greer (GM) and Courtney Keenan (AM) have done just that. They, along with seven other stellar game guides, have provided UEG with a level of customer services that is perhaps only rivaled by the sister UEG store in Dallas. That’s right, the model in Atlanta was so successful, Rudd decided that it was time to try it out in a new city. In May of 2016, UEG Dallas was born and placed in the very capable hands of hospitality pro Brittany Sandidge (GM), and social media guru Lindsay Huffman (AM). 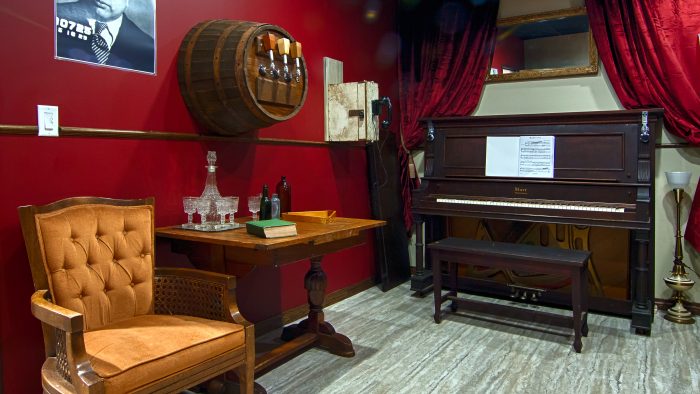 With both stores doing extremely well in their first couple years, it is clear that UEG is on to something. That is why the final piece of the staffing puzzle was put in place last year. In March of 2017, Ryan Greenawalt was hired to be the Managing Director and head of operations for the company. His extreme love for escape games has offered some new perspectives, and his desire to see the company grow has yielded new opportunities. In November of 2017, he started UEG Franchising. Greenawalt believes that it is time to start getting the good news out about UEG and spreading to markets across the nation with a unique turn-key approach for folks looking for an opportunity to join an exciting industry and a thriving team.