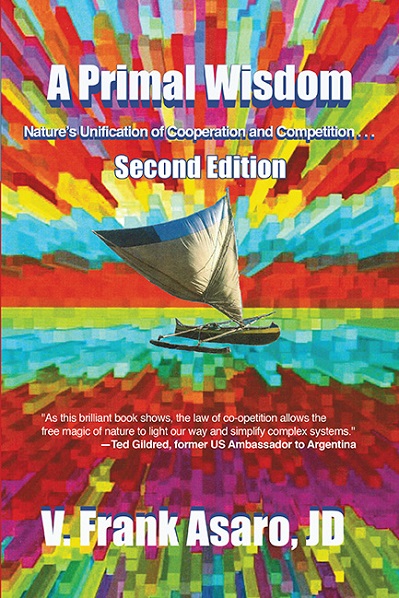 Author V. Frank Asaro’s newest book, A Primal Wisdom: Nature’s Unification of Cooperation and Competition (Second Edition) has been named an Award-Winning Finalist in the “Best New Non-Fiction” and “Philosophy” categories of the 2015 USA Best Book Awards among 2,000+ entries.

A Primal Wisdom: Nature’s Unification of Cooperation and Competition (Second Edition) is a brilliant and thought-provoking book which ties up a lot of loose ends and connects the dots on current thought about life, politics and economics. It lights up why we do what we do and explains how nature relates to the cooperative and competitive traits of humankind—to the order and chaos of the universe. It gives us a dynamic equation for synthesizing cooperative-order with competitive-chaos. It teaches the universal law of co-opetition.

“A Primal Wisdom gives us a dynamic equation for synthesizing cooperative-order with competitive-chaos,” says Asaro. “It teaches the universal law of co-opetition. It shows us very simply how we can vastly improve our lives, our systems, our politics, our economies, and our relationships at home and between the peoples of the world. And, it shows how we can do this, yet keep our good faith rational principles and keep our freedom or build greater freedom.”

“Intuitively or through analysis the co-opetition concept will help us reach the highest level of operation of all endeavors or systems,” says Asaro. “A Primal Wisdom details the theory and applies it universally. It tracks examples from anthology, personal relations, biophysics, philosophy, history, economics, business, political science.” 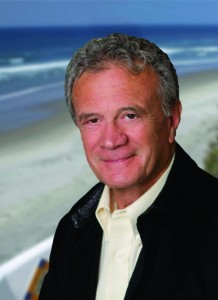 V. Frank Asaro is a lawyer, musician, composer, inventor and theorist who also authored The Tortoise Shell Game, a fiction work in Admiralty–one of his fields. He began developing the theory of co-opetition not long after he was selected out of law school as lawyer-clerk to the California District Courts of Appeal. He went on to receive the highest-category law career peer review, Pre-eminent Martindale Hubbell rating, and appeared in Who’s Who in American Law, and Who’s Who in the World.  Engaged in litigation most of his career, he honed skills proving or disproving facts and stories–a handy talent for a novelist. In those early days when he was an Appellate court law clerk, his creativity became a major component in developing the theory of the products liability holding of Greenman v Yuba Power Products – further expanded by the California Supreme court. A major part of the Greenman opinion is now the law in the English speaking and European Union countries of the world.

The post Improve Your Work and Personal Life with ‘A Primal Wisdom’ appeared first on Home Business Magazine.